When we first showed up to Art Lounge, we were presented with the question: sketchbook or binder?

The catch was, there were only 2 sketchbooks, so if too many of us wanted one, we would have to wait.

Being the impatient person I am, I chose a binder, since there were plenty of them, I was able to get it that night. At first I didn't know what to do with it, but after a few weeks, I went crazy working on my notebook. 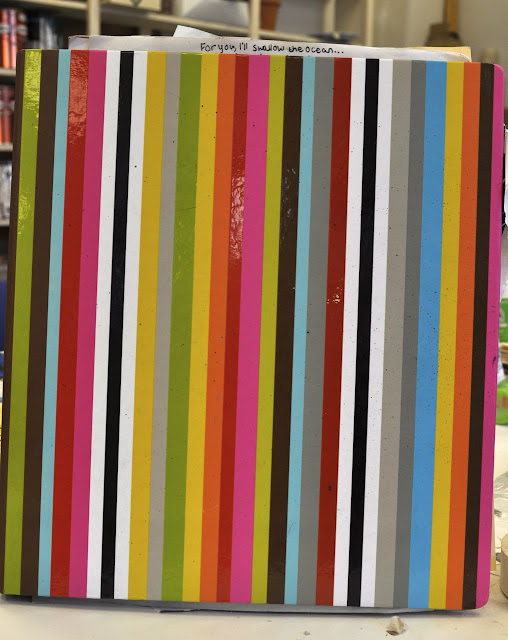 I filled it with a lot of collages torn from my school sketchbook. Over time, it became more of an inspiration book. Anytime I found images that I liked for aesthetics, or for what the image actually was, they went right into my notebook.

At this point, my notebook is almost filled to the brim. For an artist's book, it's not  random as it should be. I ended up having a method to my madness. 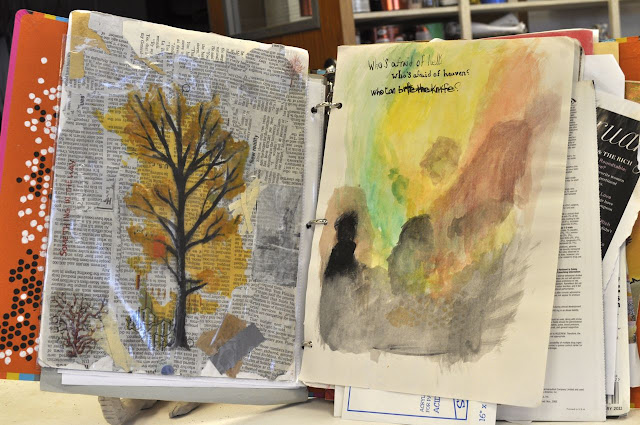 These two are my favorite pieces. On the left, I managed to turn a see-through map of Russia into a tree, on the right, an album cover from the band, My Passion.
Posted by Nellie Mae at 4:34 PM