A Vision for Joplin

A muralist is in Joplin, meeting with the community, planning a mural for our city and he asked a group of my students to draw what they wanted to see in the mural, to draw their vision of Joplin.

We had trouble coming up with ideas because before the tornado, Joplin was pretty boring...and since the tornado, everything that we used to take for granted is so much more precious.

We drew a sketch for our mural and put a big drive-in screen, with cars from every decade parked in front...and a playground with children who could see 'butterfly men' fluttering around them.

Our sketch had lots of trees, and somewhere in the design, we wanted people wading in a creek, catching crawdads. We thought it was important for the mural to show downtown and discussed how much of the mural should be devoted to the tornado. The students agreed that they wanted it to show happy people in Joplin. 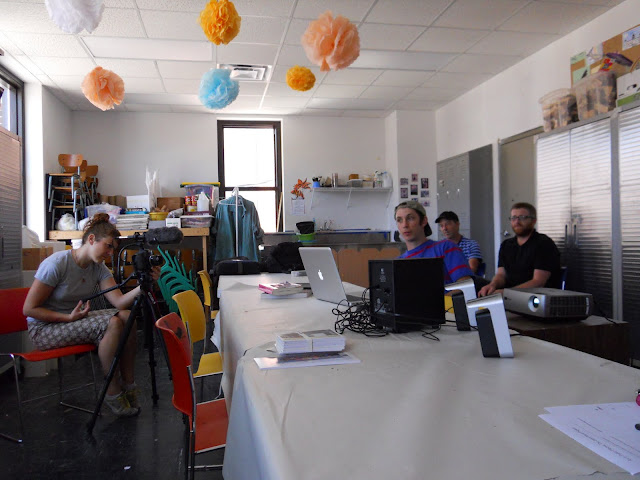 Here is the mural team at our Art Lounge class at Spiva, presenting their history, how they are working with the Midwest Art Alliance to bring art to small communties....sharing a bit about what they do and also showing us example of other murals they have done. 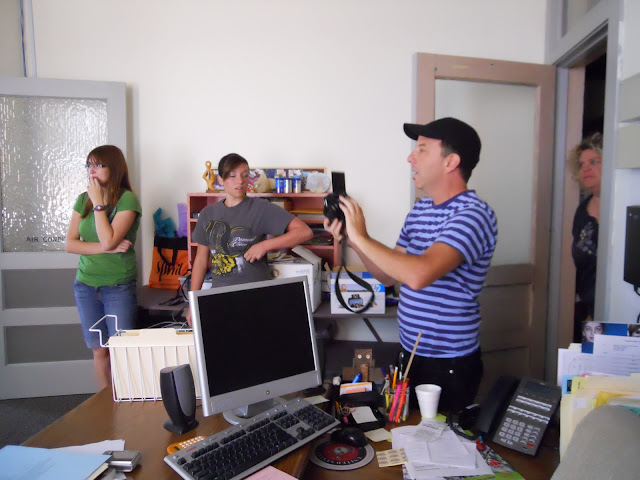 While the team was there, we showed them the mural we made. 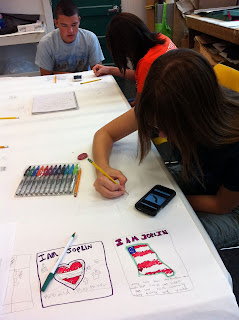 Art Lounge students made a list of words to describe how people in Joplin felt after the tornado. The students, aged 10-16 selected some of the positive words and some of the  negative words from the list to include in the mural around a central figure. The figure in the center was left faceless so that viewers can picture the faces of those who helped them after the storm. The figure represents neighbor helping neighbor to cleanup and rebuild. 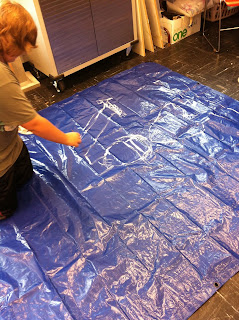 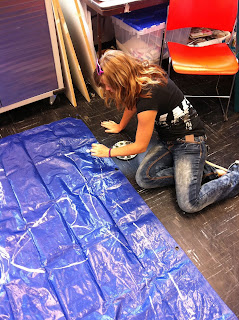 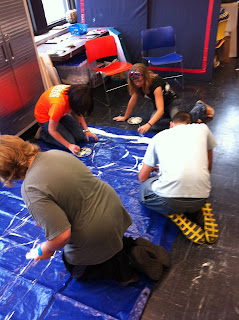 The mural was created on a blue tarp, which represents the new, yet temporary landscape of the city. The acrylic paint will eventually peel and chip off the surface, just as the blue tarps will be replaced with shingles and new roofs. 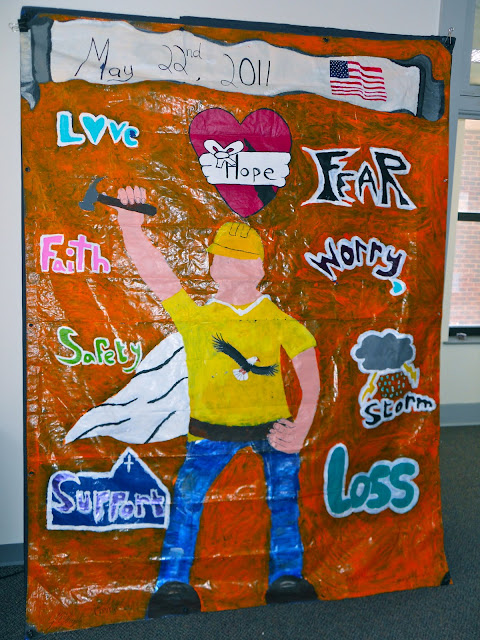 The Art Lounge mural is currently on display at Spiva if you want to see it in person.  (For a limited time)

This project is going to be amazing, we cannot wait to see what Dave and his team come up with for Joplin. To follow their progress and read about what the are doing around town, you can follow the blog here: http://joplincommunityartproject.blogspot.com/

If you would like to be involved with Dave's team and the Joplin mural, it is not too late to get involved!!
Posted by Nellie Mae at 12:40 PM